During the past year, in the intervals of an active life, I have amused myself with constructing this tale. It has been scribbled in every kind of odd place and moment - ... , during long journeys, in half-hours between graver tasks; and it bears, I fear, the mark of its gipsy begetting. But it has amused me to write, and I shall be well repaid if it amuses you - and a few others - to read.
--John Buchan, Greenmantle

But I think there are normal things a man ought to do, as he sleeps or wakes or walks. One of them ... is to be able to write down in pen and ink what he really thinks about public questions, and why he thinks it: which is all that I have done in this place.
--G. K. Chesterton, A Miscellany of Men

A Cartoon (of Sorts) 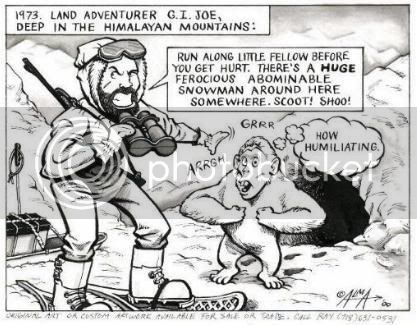